The dimming glass film, as PDLC film, is prominent in several sectors as lamination smart film

Dimming glass film is a three-dimensional lamination smart film structure comprising adhesive and non-adhesive. This dimming film is also famous as a PDLC film. By PDLC, it means that they are Polymer Dispersed Liquid crystals.

Inside the dimming smart films, there is a chemical reaction. In this reaction, the liquid crystals change into micro drops. During manufacturing, the producer pours these drops into a polymer matrix. In this mechanism, the principle that works is controlling the intensity of the light. Such dimmable films are very much famous in various sectors. It includes domestic and corporate industries. It is a famous technology and is in wide use. 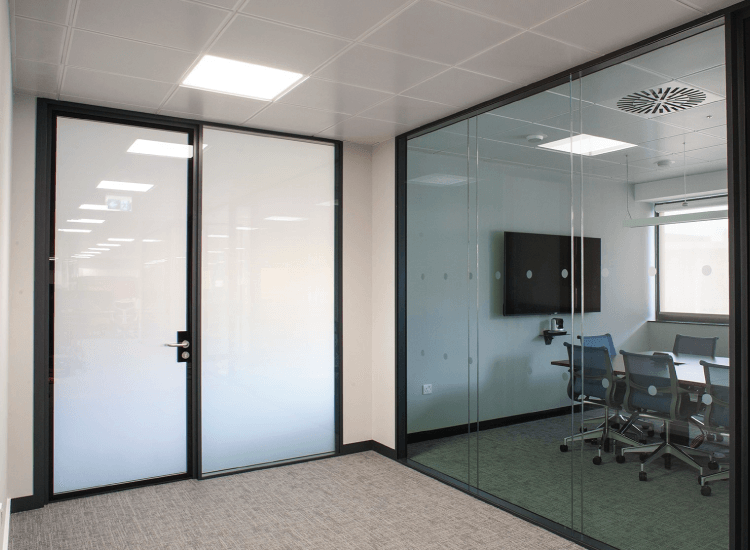 All this happens because by using these films, a user eventually controls the penetration and scattering of light. Despite the wide usage, people, however, find the confusion between adhesive and non-adhesive dimmable films. Hence the article will help users understanding their impacts in detail.

There are two types that a dimmable glass film carries. Let us discuss each in details:

The self-adhesive dimmable glass film remains the most sustainable, cost-effective, and economical way to have switchable glass films. This method exists to be the easiest of the two. There is a sticky layer of the self-adhesive film that allows the film to stick from one side in this technology. Hence, we can claim that the working principle behind this film is peel and stick. For this reason, therefore, the method remains the most convenient way to enjoy and convert your glasses into smart dimmable films.

In addition to this, this type is also versatile for the universal glass application. It means that the method is equally feasible for new and old glass or windows. Therefore, this mechanism consequently eliminates the need to have a special kind of equipment or installation tools. It ultimately makes this category the most favorite for the existing old windows and glasses. Moreover, the film carries a protective layer that lies on both sides. This protective layer, nevertheless, is removable. Inside this layer is the actual self-adhesive film.

The second type of dimmable glass film is the non-adhesive smart film. It also is a smart PDLC film technology. What is different in this and the last discussed type is the presence of a self-adhesive cling layer. This type lacks the adhesive layer.

Which eventually makes it the less used item than the other one. However, this dimmable glass film also comprises two layers of protective films on both sides. These two sides are conductive coating layers that act as protective boundaries. It implies that between these two layers, there exists a PDLC film. 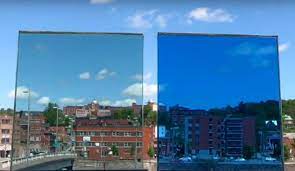 Furthermore, we call this film by many names. Some of which are magic glass, privacy glass films, PDLC films, smart dimmable films, electronically switchable films, smarts films, etc. However, in comparison to that of self-adhesive smart film, it requires a particular EVA furnace. The furnace eventually helps in heating and fitting it. Without the presence of the lamination furnace, it consequently becomes challenging to stick it. The alternative, nonetheless, the method is the use of self-adhesive smart film.

The Impacts of Dimming Glass Film

The smart dimmable glass film is capable of changing the color automatically by receiving the sunlight. It, however, depends upon the intensity of the sunlight as well. By this, it means that the controlling mechanism of dimmable glass films varies with the change in intensity of sunlight. This technology appears to be much reliable and cheaper than that of electrochromic windows. The method is suitable for commercial and residential windows and feasible for automobile window glasses.

Furthermore, there is a new technology that recently emerges. In this new mechanism, the smart glass dimmable windows do not need the power to insert a light-absorbing layer inside the films. It eventually removes the need for the generation of electromotive force. This new system of dimmable glass windows hence reduces the overall cost from 30% to 50%.

The Amalgamation of Solar and Electrochromic Technology

What is new in this dimmable glass film technology is the combination of two already working principles. This amalgamation makes the windows light-sensitive and automatic color conversion windows. It combines Solar Cell Technology and Electrochromic Technology. The most acknowledged advantage of using this amalgamated glass film is the reduction of cost. It is because using conventional electrochromic technology requires a constant power supply to the films. However, in this system, the solar cells serve the purpose. Therefore, after using this, the production cost of these films reduces several times than conventional ones.

Moreover, the amount of energy consumption by this technology is way more than the expectations. The controlling mechanism allows us to save the cost of lighting by 30% to 40%. This figure is very much encouraging owing to the futuristic sustainable progression of the world towards smart technologies.

Another impact of using the dimmable glass film is that it is highly cost-effective than the old methods and technologies. In previous versions of electrochromic glass windows, the product failed to revitalize the local market due to high prices. It also proved a liability because the cost of connecting wires and making a complete connection became an expensive job.

Nevertheless, in this dimmable photosensitive glass window technology, there lies a light-absorbing layer of cling. This layer of cling eliminates the need for an external power supply source. The technology also reduces the cost because it doesn’t carry the expensive layer of conductive glass.

The method also seems feasible when it comes to saving a pot of money. The technology successfully replaces the large cooling units in a large building and public sector organizations. It is because the technology also comprises an option to block the sunlight when it crosses an optimum intensity. Therefore, using such smart dimmable glass film serves the task. It helps block the sunlight and reduces the cost of installing high-power centralized cooling units in large buildings. In summers, it also helps in blocking the Infrared light rays. 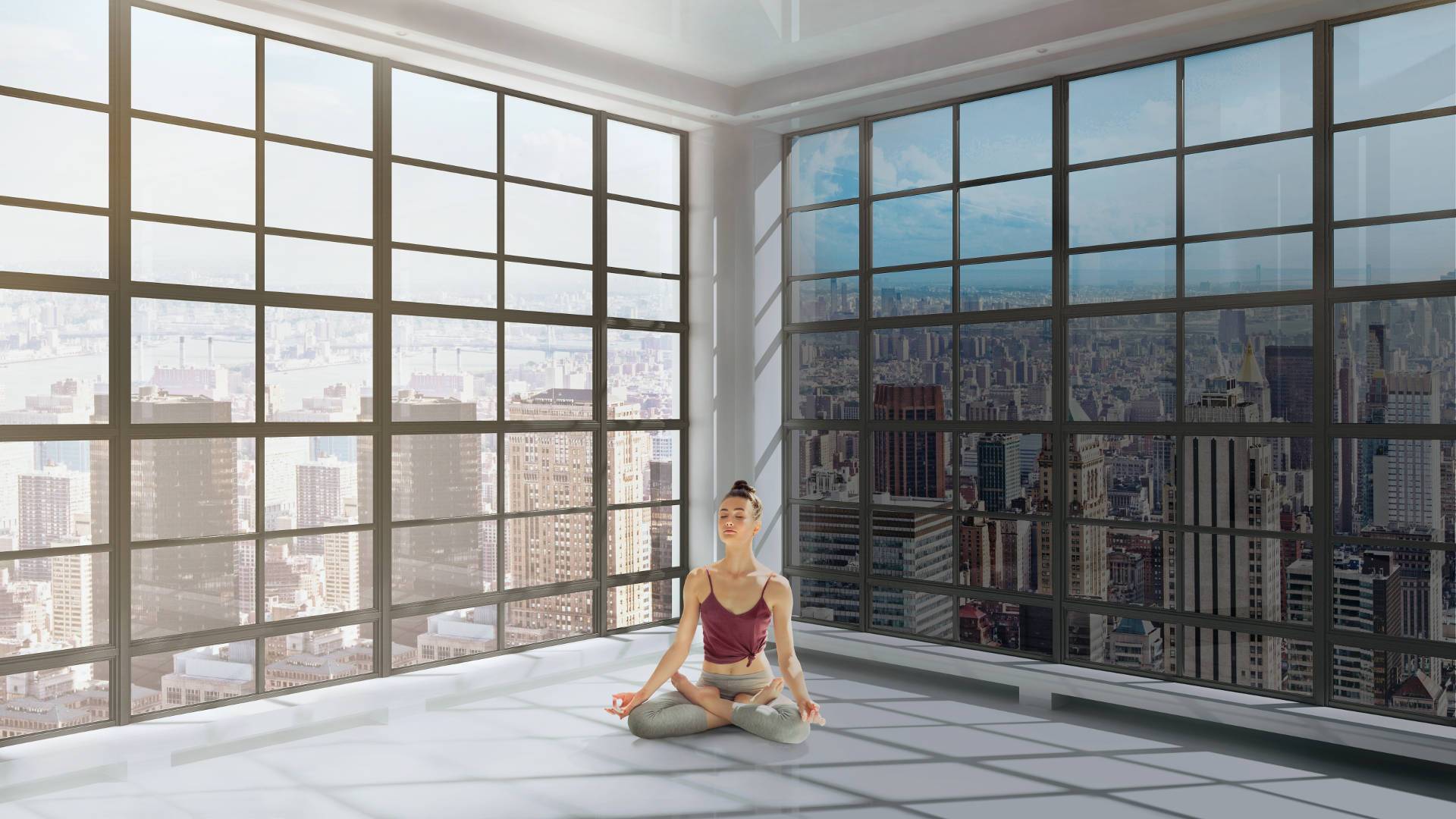